Rule 1: Approval of all team members.

Rule 2: Obtain field permits on behalf of the club.

Rule 3: Purchase equipment and supplies required to complete the season.

*Rule will be changed or updated at any time at the discretion of the executive committee.

Soccer Rules and Laws of the Game

The Unwritten Soccer Rules of the Game

Putting the Ball Out of Play

For those of you familiar with them all I don’t need to explain to you what happens on the field but for those who aren’t sure let me refresh you on some of the unwritten soccer rules that exist. You may see from time to time the play stops, and one team gives the ball on purpose back to the other team. Why do they do this? and how did it get to that? Well in the run of play if a player goes down injured and he/she is clearly injured and the ref has not blown their whistle to stop play the athletic therapist can’t come on the field until the play is whistled dead. So in that case, if a player from one team is down injured and the other team has possession they may choose to kick the ball out of bounds on purpose allowing the player to get treatment. This is known as FIFA Fair Play or just good sportsmanship on behalf of the team that kicked the ball out. So by rule, it is now the other teams’ ball, so because the team kicked it out on purpose so that the other team’s player could get treatment the team then gives the ball to the other team almost thanking them for doing it. Really sounds more complicated than it really is, but now if you see it on TV you will understand what is happening.

Helping a Player Up

With all of the 50/50’s, challenges in the air, and two-foot challenges, players will find themselves on the ground sometimes with players draped over them. What’s the classy thing to do? Give your hand out to help a player up. You won’t find it in the soccer rules manual but it’s something we all know we should do.

Generally, this is done if the ball goes out of bounds, and getting up isn’t vital to the outcome of the play. If you’ve found yourself near or on an opponent and the ball has been hit out of play the unwritten rule in football is to help them up. If the play is still going on, don’t think you’ll be so lucky.

Although talking smack is a part of every sport and will never be eliminated there are lines you just don’t cross no matter how heated or intense a game might get.

Known as dissent (talking back to a referee or opponent) a ref can control the amount of lip-smacking going on in a match but he/she can’t hear or see it all.

So what’s the unwritten rule here? No racist or religious comments are allowed. I’d love to say no family or mother slurs but we all know it happens. Soccer rules are in place to prevent this but it’s impossible to stop it all.

Getting your opponent off their game is one thing but comments that cross lines are another, and if you are not careful, you’ll catch something much more painful than a yellow card. 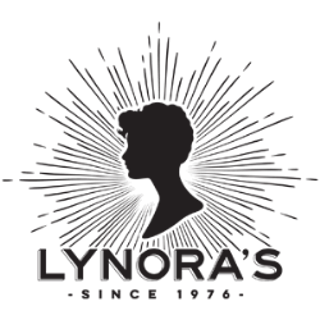